We hope to be back in the streets of the Castro, along with all of you, in 2021. Be safe and wear a mask!

Alternative ways to celebrate the Castro Street Fair in 2020

With large-scale gatherings still not possible due to COVID-19, the 2020 Castro Street Fair has announced several opportunities for the community to engage with the Fair and the neighborhood. In lieu of an in-person event, the Board of Directors encourage fans of the Fair to join in sharing their memories of past Castro Street Fairs via social media, participate in a fundraiser for the Fair’s community partners, and engage in a neighborhood scavenger hunt highlighting interesting and historical facts about the Fair and the Castro neighborhood it celebrates.

Founded by Harvey Milk in 1974, the Castro Street Fair has since raised more than $1.5M for community nonprofit beneficiary organizations. The Fair’s nonprofit beneficiaries earn a share of the proceeds by providing volunteers to help support the production of the Fair and collect donations at the entry gates. With the cancellation of so many outdoor gatherings, such as San Francisco Pride, Up Your Alley, and Folsom Street Fair, these nonprofits have lost an important source of revenue in 2020. To help make up for some of that loss, the Fair has launched a fundraiser via Bonfire offering a commemorative T-shirt highlighting the immortal words of the Fair’s founder, Harvey Milk, “Hope will never be silent.” 100% of the proceeds from the sale of the shirts will be donated to the 2019 Castro Street Fair beneficiaries. The campaign is a limited time offer.

A Castro Scavenger Hunt will kick off on September 27 and run through October 19. The hunt will be a fun way to engage with the neighborhood and include historical sites and points-of-interest of the fair, the LGBTQ movement, and the Castro neighborhood. During this time when small businesses are being impacted so deeply, bringing people to the Castro in a safe way is an important part of the Fair’s goal for 2020. Details about the Scavenger Hunt can be found at the Castro Street Fair website.

Lastly, throughout the month of October the Fair encourages everyone to join in sharing their fondest memories, images, and videos of past Castro Street Fairs via their social media channels using the hashtag #castrostreetfair. While we may not be able to gather physically in the streets, we can still maintain our virtual sense of community.

We hope to see friends of the Fair continue to engage in new and meaningful ways to show our strength and resilience in these challenging times. Hope will never be silent.

This year we encourage the Fair supporters to make online donations or backing our Bonfire tshirt campaign. Proceeds go to the non-profit organizations in our beneficiaries roster for the year.

The Castro Street Fair wouldn’t be possible without the participation and volunteer power of these amazing local nonprofit organizations.

Since 1998, the Fair is proud to have given nearly $1.5 million back to it’s community beneficiaries. Last year alone we donated over $50,000.00 in proceeds to our amazing nonprofit beneficiary organizational partners to help them continue providing essential services to the communities in and around the Castro. Additionally, we are proud that we were able to support the purchase and maintenance of the world-famous Rainbow Flag which flies in Harvey Milk Plaza. 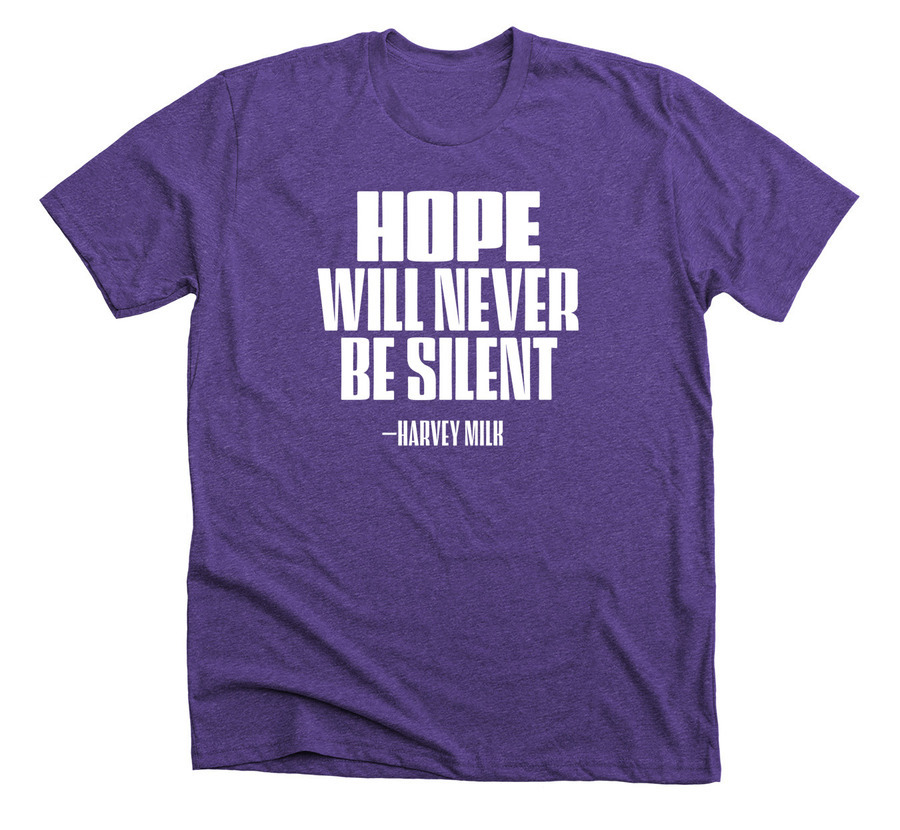 Get the tshirt on Bonfire